The EHF EURO 2016 champions Kai Häfner and Julius Kühn and EHF EURO newbie Marcel Schiller steered the rejuvenated German team to their opening victory at the Men’s EHF EURO 2022 in group D against Belarus on Friday in Bratislava.

The trio combined for 22 of the 33 German goals in a mostly close match, which their side turned around in the second half to win 33:29. Despite an impressive performance from their EHF Champions League stars Mikita Vailupau, Artsem Karalek and Uladzislau Kulesh, who scored a total of 20 goals, Belarus were defeated for the seventh straight time in eight matches.

Great battle of the Kielce stars

It is always something special to face a club teammate with the national team – and on Friday, a duel of Lomza Vive Kielce stars imprinted the opener in group D. On the German side the goalkeeper Andreas Wolff replaced youngster Till Klimpke in minute 11, and then backed his team with some important saves.

For Belarus, his club mates were unstoppable: line player Artsem Karalek either scored or received a penalty shot with every action in attack, while Uladzislau Kulesh scored with his long-distance hammer shots. To watch this match on TV was definitely a delight for Kielce’s coach Talant Dujshebaev. 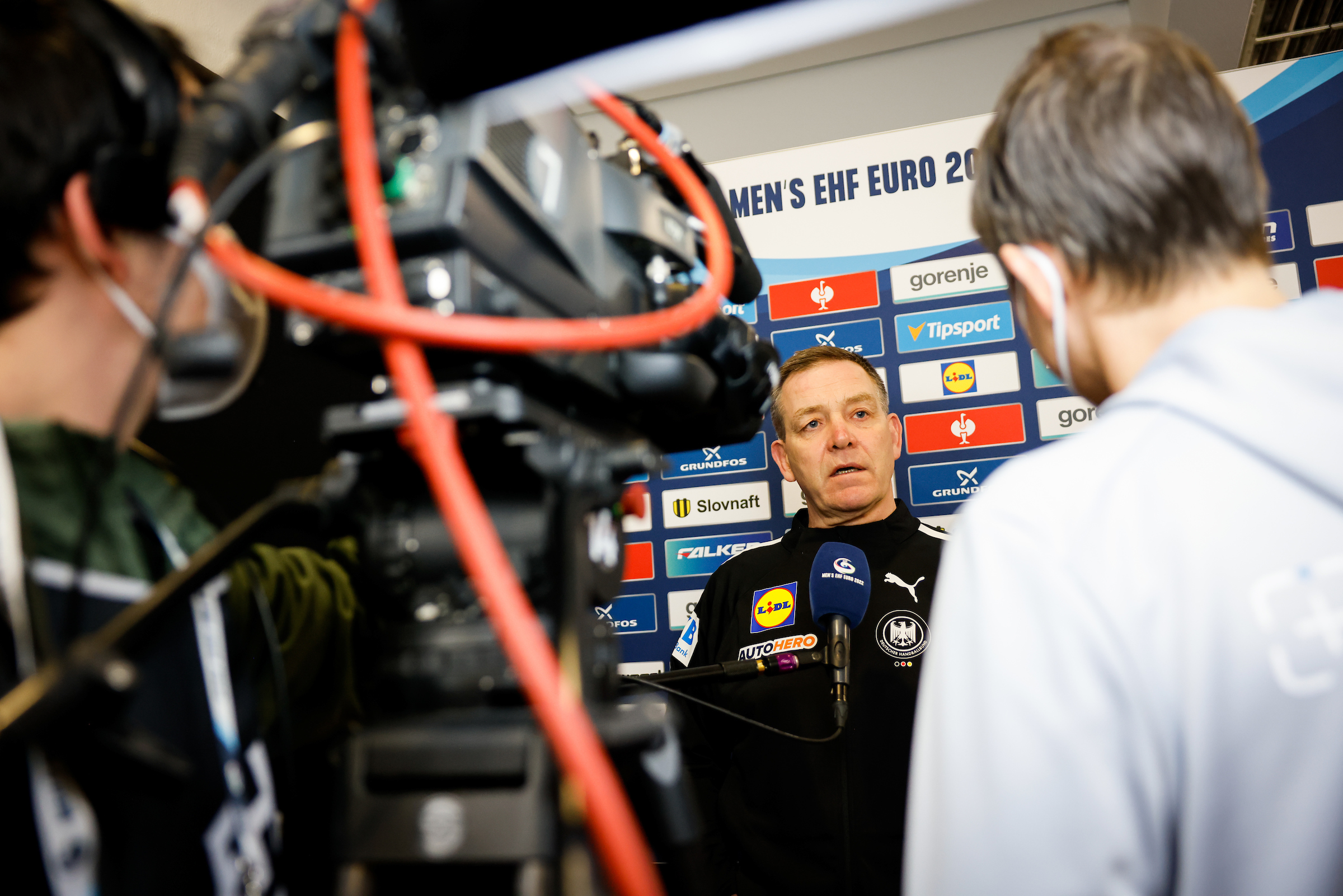 I knew that goalkeeper Andreas Wolff is strong, when he comes from the bench, and he proved this today. Unfortunately, he was not supported by our defence all over the match, but in the final 15 minutes this cooperation worked well.
Alfred Gislason
Coach, Germany 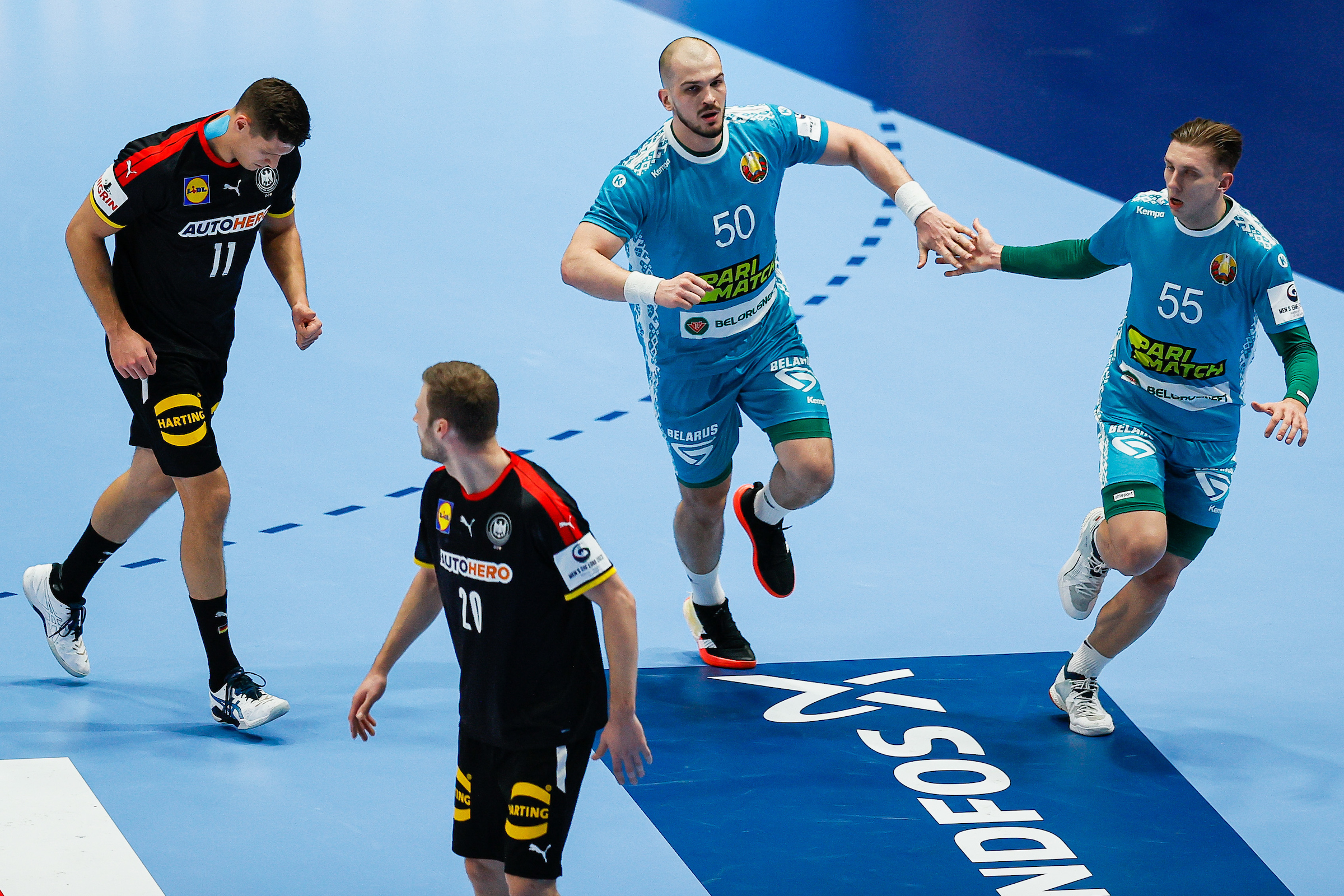 It was not the best match of both teams. Our first half was good, but in only five to seven minutes after the break, Germany broke the game and pulled ahead. When we were three, four goals below, we could not catch the rhythm, as in the last 20 minutes we ran and we did not think what do to and lost the balls too often.
Artsem Karalek
Line player, Belarus

Crucial openers for an equal quartet

GROUP D PREVIEW: Group D in Bratislava is the last group to throw off with duels between teams that know each other well

GROUP II PREVIEW: Sweden and Norway will clash in the last game of the main round with a semi-finals berth on the line

GROUP II REVIEW: Despite a great fight, Germany were eliminated from semi-final contention with a 21:25 loss to Sweden

GROUP II PREVIEW: Spain could qualify for the final weekend if they extend their 11-game winning streak against Norway

Köster: A tall talent on the rise

FEATURE: 21-year-old left back Julian Köster is the youngest of the German team, but is impressing on his EHF EURO debut

GROUP II PREVIEW: Pivotal games to be played on Friday, with Spain, Norway and Sweden setting their sights on improving their winning streak…

GROUP II REVIEW: Spain won the fourth game at the EHF EURO 2022, 29:23 against Germany, and took a big step towards a semi-finals berth