Representatives from the 24 teams competing at the Men’s EHF EURO 2022 in January attended a webinar on Wednesday to gain an insight into how they can benefit and use the data collected by Kinexon during the event.

Men’s EHF EURO 2022 throws off on 13 January and once again competing nations will be able to receive a wealth of information and statistical data and analysis during the three weeks of competition.

Video analysts and strength and conditioning coaches were among those who attended the webinar that saw EHF Methods Commission member Carmen Manchado from the University of Alicante, introduced exactly what kind of data the teams can expect to receive, how to interpret it and how it has worked in the past. 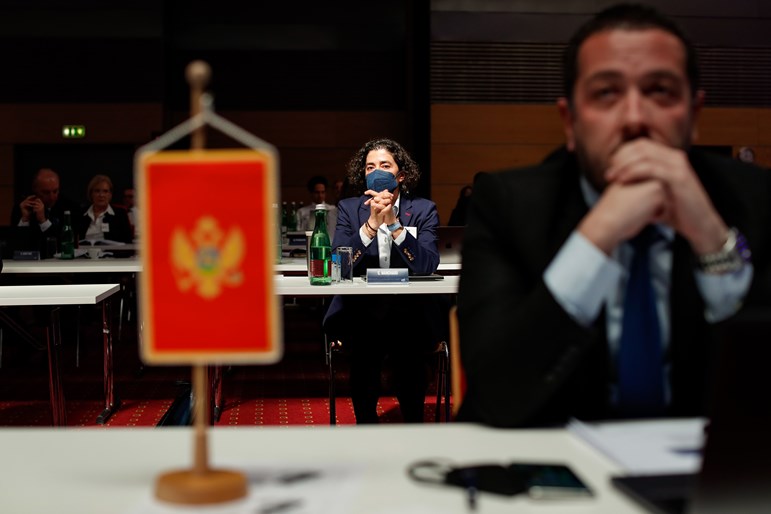 Manchado, pictured above (centre), explained how the tools were developed and how they can be accessed during the EURO. Teams will receive semi-live data with a wealth of comprehensive data on player and team performance 24 hours after each match.

The teams were also given examples of the analysis of the Kinexon data, including two published articles. The first concentrates on motion analysis divided by playing position – which describes the different physical demands of the players in different positions. The second, puts focus on different throwing performances based on playing positions.

With all the analysis openly available to competing nations at EHF EURO events, the Kinexon data – initially a product used to entertain fans inside arenas on social media to highlight, for example, the fastest throw – is now being used to a different way. To read more about how the Kinexon data is used, click here.

NEWS: Over 130 participants are attending the Women’s Handball Conference on the fringe of the final weekend of the EHF EURO 2022

NEWS: Teams from across Europe, plus India and Pakistan, will participate in the 2022 World & European Wheelchair Handball Championship

FEATURE: Referees for the Women’s EHF EURO 2022 are ensuring they are eating and drinking all the right things after meeting nutritionist Ei…

NEWS: The 16th Conference of Presidents and the 15th Extraordinary Congress took place in Luxembourg on Saturday

How handball can become a lifelong sport and activity

FEATURE: The EHF will present its 'Circle of a handball life' approach at the Conference of Presidents on Saturday