With their trademark sturdy defence, another excellent performance from goalkeeper Cleopatre Darleux and an astute attack, France sealed the first place in the group with one game left, after their 29:21 win against Germany.

🇫🇷 @FRAHandball qualify for the Final Weekend and bring Montenegro with them with this victory! 🎉

France have already sealed their best-ever start in the history of the EHF EURO when they won their fourth game two days ago, but they really look like title contenders, after they did not break a sweat in totally dominating and overpowering Germany with their excellent defence.

To concede only 19.8 goals on average in the first five matches at the EHF EURO, after meeting the Netherlands, North Macedonia, Romania, Montenegro and Germany is a shining achievement, one that might not matter so much if France do not get a medal.

But all credit goes to Olivier Krumbholz, who has really masterminded an outstanding team, really one of the best of all-time for France, which can shapeshift at all times, create something in attack from thin air and also regenerated their goalkeeping department, after Amandine Leynaud retired and Laura Glauser was injured.

Germany lost their third match at the EHF EURO, but they can still go to Ljubljana for the 5/6 Placement Match. However, in Markus Gaugisch’s first major tournament, they would have definitely wanted a better finish, yet bad performances in the preliminary round sent them in a dire position. 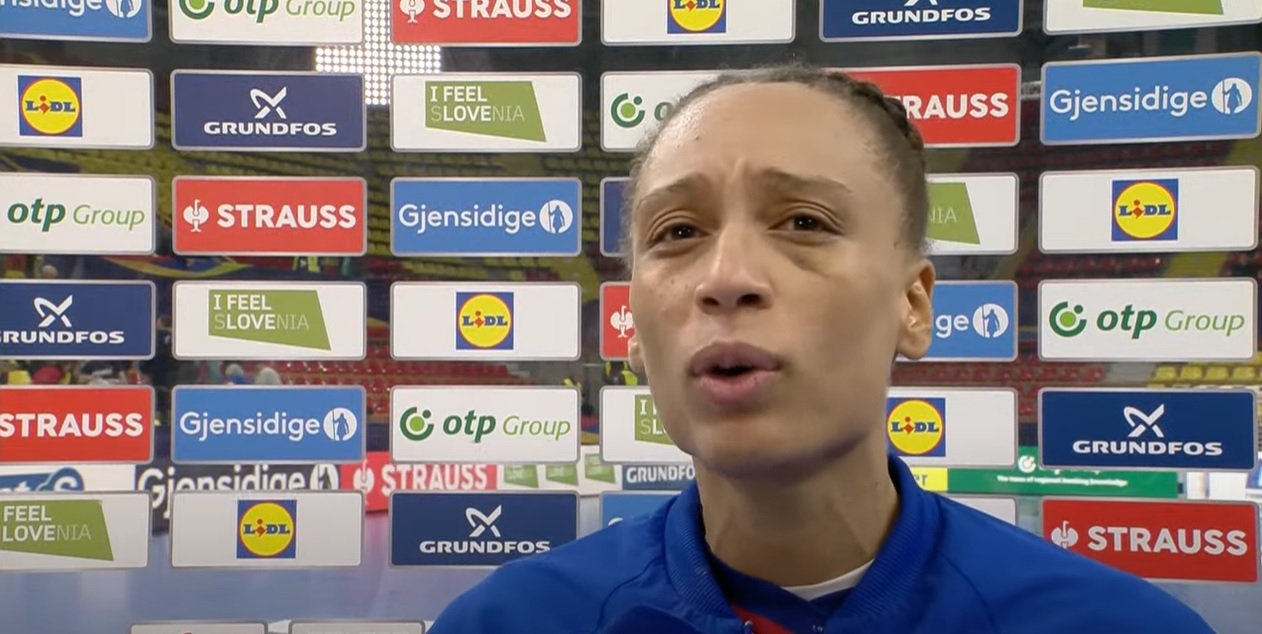 We are so proud of us. For us, it was a really great performance. We are a little bit tired and exhausted, but it was really cool. We have this flow for the tournament. I hope this flow will stay until the semi-final, so I just cross my fingers.
Béatrice Edwige
France line player

France head coach Olivier Krumbholz: "It was a strong and beautiful game of us. I am so happy to be in the semi-final. The French defence worked very good. Before the game we knew that it would not be easy, at the end we have more power. Good news for the semi-final that we have so much power."

Germany centre back Xenia Smits: "It was a well deserved result as we made too many easy mistakes and did not take our chances. France punished us immediately, but still we take some good things from this game, we get better match by match."

Next Article SUMMARY: France and Montenegro secure semi-final spots with match to spare

First decisions on the road to Paris 2024

FEATURE: Which European teams have already taken a step towards the next Olympic Games and which teams can follow in 2024?

PLAYER OF THE YEAR: World Championship All-stars become the first fixed nominees for the Men's Player of the Year

SUMMARY: Coverage of day 12 of the Women's EHF EURO 2022 with two matches in main round group II in Skopje

France, Montenegro can lock up semi-final spots in group II

GROUP II PREVIEW: They face Germany and Romania in the penultimate round in Skopje on Tuesday

SUMMARY: Coverage of the last day of the main round at the Women's EHF EURO 2022, with six matches in total in Ljubljana and Skopje

GROUP II PREVIEW: France and Montenegro are semi-finalists; the other teams can place third