WHO PLAYS IN SKOPJE?

The matches of group C will begin on 5 November 2022 and continue on 7 and 9 November 2022. France and North Macedonia will open the competition in Skopje at 18:00 followed by Netherlands vs Romania at 20:30. All matches of the preliminary round are played at 18:00 and 20:30 CET.

The main round competition starts on 11 November and goes on until 16 November 2022. Basic schedule sees the matches being played at 18:00 and 20:30 CET with the last day starting at 15:30 CET with three matches.

If you want to secure your seat in the Boris Trajkovski Arena, head to tickets.eurohandball.com. 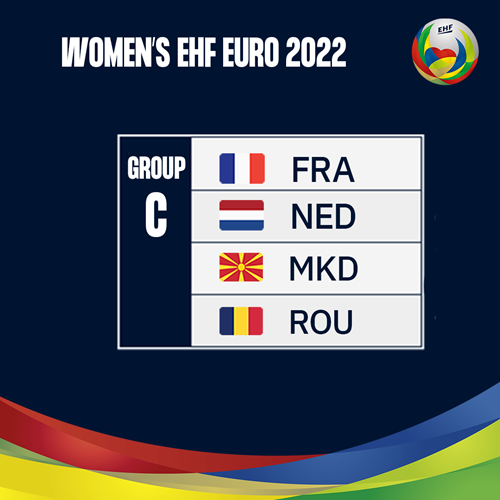 Skopje is the country’s political, cultural, economic and academic centre. With a 2000-year-old tradition, Skopje offers an unforgettable experience for every visitor, justifying the famous saying: “you cannot visit Skopje only once”.

For the last several years the city centre has seen a major transformation and now one can spend an entire day and still not manage to see everything. With the numerous museums surrounding the area and the old stone bridge, the cultural offering is simply immense. The area is buzzing with nightlife as well, with many of the city’s most attractive bars, coffee shops and restaurants being located in the centre of the city of Skopje.

The old fortress of the city, or as it is known Kale Fortress was built by the Byzantines in the 6th century, and still remains the dominant structure in the city. It was partially destroyed in the 1963 earthquake but was quickly restored and conserved. It is one of the most distinguishable sites of the city along with the stone bridge and the monuments in the centre of the city. The fortress is within a walking distance of the city centre, but it’s not always open to visitors so ask around prior to visiting. The view of the city from the fortress is astonishing, so if given the chance do not hesitate to visit.

Besides the main court, within the centre, there is a smaller hall used for training and recreation. Meeting the elite international standards, the centre also has an exclusive fitness and aerobics centre, saunas, table-tennis club, bowling alley, Olympic swimming pool, aqua park, hokey and ice-skating field and cart-racing roads.

The centre is adapted to the standards of the most modern multi-functional sports centres.

In the opening year (2008), Sports Centre Boris Trajkovski hosted the Women’s EHF EURO, as one of the biggest continental sports events held in the country. From the moment the centre opened, it has served as a home to the Macedonian handball national teams (men and women) and also to the best Macedonian clubs. Through the years, the centre witnessed some of the greatest sports results and successes of the country.