WHO PLAYS IN CELJE?

The co-hosts of the Women's EHF EURO 2022, Slovenia, Denmark, Sweden and Serbia will play their preliminary round group B matches in Zlatorog Arena in Celje.

If you want to secure your seat in the Zlatorog Arena, head to tickets.eurohandball.com. 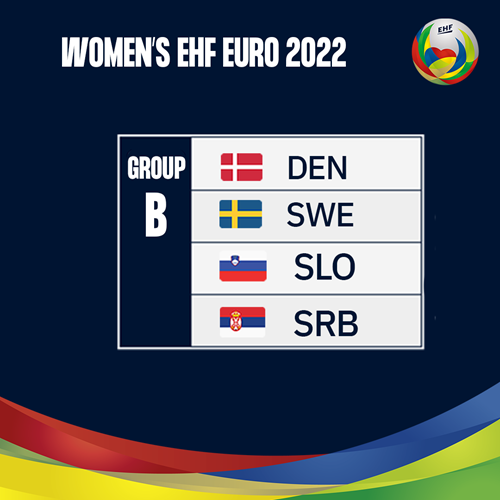 City of the Counts, Celje, has always found itself at the junction of some important routes. It features a hidden history treasure trove including the ancient Celeia and the exciting Middle Ages. For more than half a millennium, the town has been marked by three stars, the symbol of the Counts of Celje, the most powerful noble and ruler family who has ever lived in Slovenia. Their story reads itself as a plot of a heroic movie filled with duels, daring actions, and intrigue.

Even today, their castle, the country’s largest medieval fort, rises above the town. You can visit it any day of the year. You can feel the joy of life in the old town, and just like the Counts enjoy all the good things. Have a look at the Tourist Information Centre and find information about the museums, galleries, city districts and trails that lead from the centre to the green hinterland of Celje. Or would you prefer to be impressed by the exhibition about the Counts of Celje, pose in the Pelikan Photo Atelier or rather explore the heritage of ancient Celeia named “Troia Secunda” (the second Troy). In the City, Beneath the City, you can see how the famous Counts of Celje grew into messengers of humanism and the Renaissance in Slovenia by integrating ancient statues into the medieval walls and the architecture. Enter this Celje time machine and learn more about the history of Celje.

The Zlatorog Arena is an indoor sporting arena located in Celje, Slovenia. It was opened in December 2003. The arena has 5,191 seats and it is home to the best Slovenian men's handball team Celje Pivovarna Laško, which compete also in EHF Champions League.

The club Celje Pivovarna Laško and the whole Slovenian handball achieved their greatest achievement in 2004. Men's club in its first season of playing in the new hall became the champion of the EHF Champions League. In the same year, the hall was one of the hosts of the Men's EHF EURO, which was then hosted by Slovenia. At that time, among other things, it hosted the matches of the Slovenian national team in the group and main round of the competition.

In 2013, the hall was prepared for the European Basketball Championship. Just in a few days, the handball hall became the basketball centre of Slovenia. In all these matches, the hall was completely full.