International women’s handball returns this weekend when the European qualification for the IHF World Championship 2021 in Spain gets underway.

From Friday through Sunday, four tournaments are scheduled as a total of 14 teams will battle it out for the remaining eight places in the play-offs. The playing schedule can be found here.

Slovakia and Ukraine start as favourites for the top-two positions: Slovakia played at the EHF EURO 2014 and Ukraine were regulars at World Championships until 2009, including a run to the semi-finals in 2003. Israel and hosts Luxembourg have yet to experience a finals tournament participation.

The hosts are aiming for their first appearance at World Championships since 2007. They will likely face the toughest opposition from Iceland, who last played at major international events a decade ago, and Lithuania, who had their peak in the 1990s. Greece only played at one major tournament - as organisers of the 2004 Olympics.

Portugal and Turkey advance to the play-offs following the withdrawal of Finland. 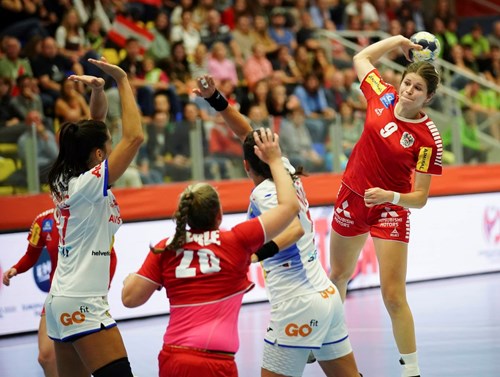 Austria were the 1999 bronze medallists but have been missing out on World Championships since 2009. The EHF EURO 2024 co-hosts are strong favourites to advance from this group. And with Italy likely having the edge over Kosovo, the top-two spots might well be secured before the ‘final’ between Austria and Italy on Sunday afternoon.

Hosts Belarus are hoping to qualify for World Championships for the third time, but only the first time since 1999. Switzerland are eying their first visit to a major tournament, before they will co-host EHF EURO 2024 with Austria and Hungary. Faroe Islands, however, are dangerous outsiders, having beaten Finland and Greece to reach the play-offs of the EHF EURO 2018 qualifiers.

DRAW REVIEW: 16 teams learned their first opponents on the long road to Sweden and Poland at Thursday’s draw

DRAW REVIEW: Six European teams will battle it out for two spots at the 2022 tournament in Slovenia

Six in the mix for two Women's U20 World Championship spots

DRAW PREVIEW: The six-team draw will be one of three on a busy morning at the EHF Office

DRAW REVIEW: 18 European nations were part of the draw for the 2021 IHF Women's World Championship preliminary round

Save the date for a trio of international draws

DRAW PREVIEW: The wild cards for the IHF Women’s World Championship were announced on Sunday

PLAY-OFFS REVIEW: The trio comfortably booked their place at the World Championship 2021 in Spain