Alekseev: “We have to book a ticket to Tokyo first”

Alexey Alekseev has been working with the Russian women’s national team since 2016, as an assistant to Evgenii Trefilov and later Ambros Martin.

But after Martin’s tenure ended during EHF EURO 2020, it was Alekseev who took over and led the team in the fifth-place match with the Netherlands, which they won 33:27. And last week, the 55-year-old was officially confirmed as the new head coach.

“I cannot say it was surprising. There were some talks with the bosses of the national federation,” Alekseev told eurohandball.com.

He will have some serious work to do quite soon. On 19-21 March, his team will participate in the 2020 Olympic qualification tournament in Györ against Hungary, Serbia and China. The top two teams will book tickets to Tokyo, and Russia, who are reigning Olympic champions, undoubtedly hope to be among them.

“Of course, our goal is to play in Tokyo. However, our group looks more competitive as there are three strong teams: Hungary, Serbia and Russia – and we do not know much about China. In the other groups, there are two clear favourites and two outsiders,” Alekseev said.

“Now we do not set any goals for the Olympics, because we have to get there first.”

During his five years as an assistant coach, Alexeev experienced ups and downs with the national team.

“The highlight was winning silver at the EURO 2018 in France. And the biggest frustration was my first tournament, EURO 2016 in Sweden, where we finished only seventh. Besides, the defeat against the Netherlands in the 2019 World Championship semi-final was very disappointing,” he says.

EHF EURO 2020, where Russia took the fifth place, was not their best tournament either.

“We had many injuries. Maybe it makes no sense to complain as other teams also faced problems but this time, injuries hit us hardest,” he says.

“Anna Vyakhireva is our best player in attack, while Anna Sen plays a key role in defence – and both had to miss the tournament.”

Just like at the 2019 World Championship in Japan, Russia lost only one match at the EHF EURO 2020, but a 30:23 defeat against Denmark in the main round ended their hopes of reaching the semi-final.

Alekseev is still sad about that result: “If we had reached the semi-final, we would most probably have beaten Croatia. It is not just my opinion, many people agree that we could have won medals.”

The bosses of the national federation were so frustrated that they fired head coach Ambros Martin before the end of the tournament. Alekseev, who had to take over for the fifth-place game with the Netherlands, found himself in a difficult situation.

“I asked the girls to do their best, as we did not want to leave the tournament on a low. And the team responded well, so it was their win, not mine,” he recalls. 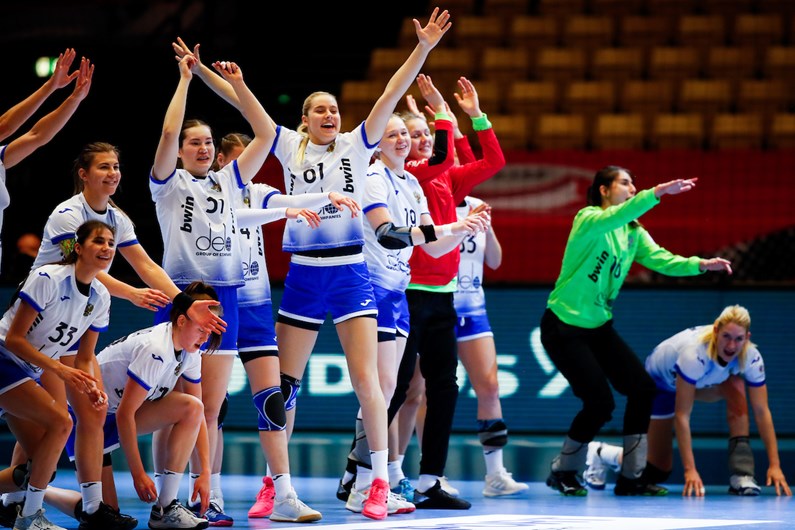 Being at the helm of the team, Alekseev does not plan to make drastic changes.

“There is a medical principle ‘first, do no harm’ and I will follow it. We have a good team, and I just hope that we will have the best squad possible for the Olympics – in case we get there,” he says.

However, the new head coach knows where Russia can still improve.

“In attack, we have excellent players like Anna Vyakhireva, Darya Dmitrieva, Elena Mikhaylichenko, Polina Vedekhina, who are very good in one-on-one situations.

“But in defence, we should be more active and flexible than before. Martin relied on 6-0 only, but this system can also be played in different ways. Besides, the cooperation between defence and goalkeepers should work better.”

While Olga Akopyan and Tomas Hlavaty will be Alekseev’s assistants in the team, the famous Evgenii Trefilov will help as a special advisor.

“He has a huge experience and his advice will be valuable. We can always discuss some things with him. Sometimes it is easier to see things from outside than from inside,” Alekseev says.

For many years, he had been at the helm of Luch Moscow, and in 2019, Alekseev took over at Lada Togliatti, so now he will combine two jobs.

However, he does not see any problem in it: “I have good assistants at Lada who are always ready to help. And I think it is better for a national team coach to also have a club job. Working with the national team only may relax his approach,” concludes Alexey Alekseev.

Previous Article First leg against Besiktas no problem for Nexe

NEWS: A new playing schedule has been determined for a number of games in qualification phase 2, with the goal of ensuring all postponed mat…

MEDIA RELEASE: Titled A Championship like no other, the EHF documentary explores how the Women’s EHF EURO 2020 was organised during a global…

NEWS: Macedonian handball legend to act as player-coach for the men’s national team

NEWS: 34 nations know their group opponents in the W19 EHF EURO and Championships

NEWS: 38 nations discover who they will face in the summer's W17 events

DRAW PREVIEW: Wednesday sees the draws for the Women’s 17 and 19 EHF EUROs and Championships

NEWS: The draws for the tournaments in Montenegro, Georgia and Lithuania will take place on Wednesday 10 February