Lithuania back in the big time

Those who lose can also win, which was the case in Matosinhos on Sunday night as despite losing by five to Portugal, Lithuania grabbed a ticket for the EHF EURO 2022.

This will be their second appearance among Europe’s elite, with the first coming way back in 1998.

Portugal’s best defensive period, in the middle of the second half, coincided with Antonio Areia’s highest point. The best Portuguese scorer netted four in the second half alone. His two fast breaks turned things around for his team, giving Portugal a five-goal advantage with just over 10 minutes remaining. 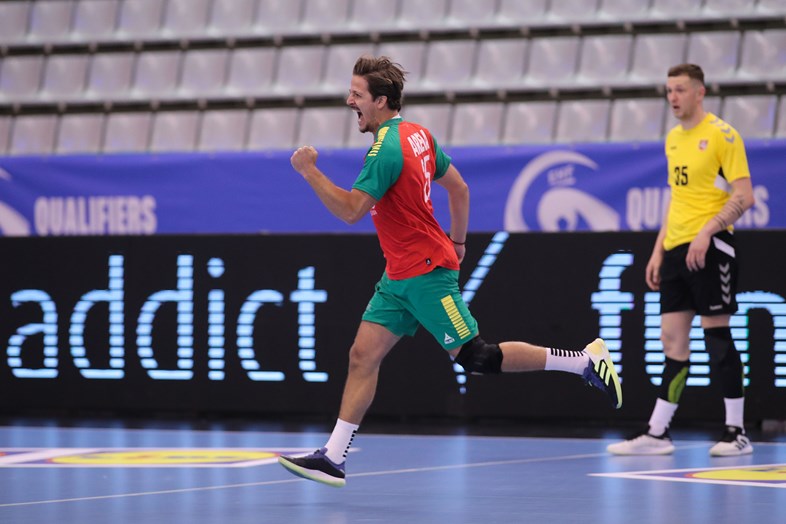 SUMMARY: A recap of the final day of EHF EURO 2022 Qualifiers that saw the six remaining tickets get snatched up

Which third-ranked teams will qualify? - UPDATE

ANALYSIS: The EHF EURO 2022 qualifiers end this weekend, with four third-ranked teams earning a ticket to the final tournament

PREVIEW: On Friday, Montenegro have the chance to be the next to join the EHF EURO 2022 lineup. All other decisions will be made on an actio…

PREVIEW: 23 matches in the EHF EURO 2022 qualifiers and EHF EURO Cup are set to be played from Monday to Thursday

EHF EURO 2022 tickets now on sale for Szeged and Debrecen

MEDIA RELEASE: Plenty of top-class matches can be expected in the opening stages of the Men’s EHF EURO 2022

NEWS: The 24 teams contesting the Men’s EHF EURO 2022 learned their opponents when the draw was held on Thursday in Budapest

SUMMARY: The draw for the Men's EHF EURO 2022 took place in Budapest on Thursday, with the 24 teams learning their preliminary round opponen…