There are plenty of teams in Europe that are experienced when it comes to playing in the big European competitions – and then there are teams like Sola HK. This season the Norwegian club will participate in the group phase of the EHF European League Women for the first time.

Of course, Sola are not the favourites to bring home any silverware, but the newcomers will certainly fight in every game with everything that they have.

Most important question: Can Sola surprise everyone?

If Sola make it past the group phase, it would be a huge success for the EHF European League newcomers. Nobody expects them to win any games but that does not stop Sola from believing in themselves.

“We are really looking forward to it and we are very thankful to be a part of the group phase for the first time. There will be six games against tough opponents from Europe, and I think that our audience can look forward to great games,” said manager Steffen Stormo Stegavik.

Sola are not considered to be one of the biggest clubs in Norway – at least not yet. But the club has developed a lot over the years, and they will seek to continue that development in Europe.

“For Sola, participating in the EHF European League is very important on many levels. Both in terms of developing our players but also the club. The goal is to be one of the top clubs in Norway and get the opportunity to be part of the good company in Europe year after year,” continued Stormo Stegavik.

Under the spotlight: Camilla Herrem

Camilla Herrem started her illustrious career in Sola almost 20 years ago. Since 2017, she has been back where it all began. After leaving Sola back in 2006, Herrem won everything with Norway's national team and almost everything at club level as well.

All in all, the 35-year-old left wing has won 16 titles during her career – an amazing achievement – and now she wants to do great things with Sola. 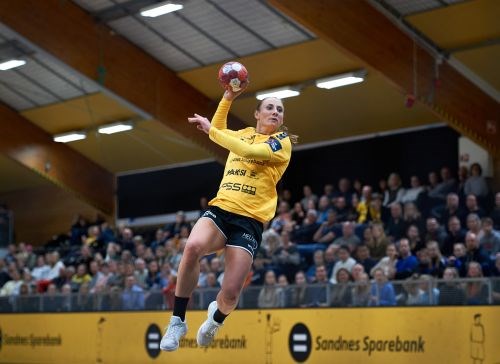 "Our biggest motivation is that we will play tough games in the European League for the first time in the club’s history. These games are most fun to play and I know that everyone is looking forward to it," said Herrem.

For obvious reasons, Herrem does not view Sola as one of the favourites in the competition. "I think Viborg has had a good season in Denmark so far, so I think of them as favourites. For Sola, I think we just need to take it one game at a time. We have a lot of young players with no experience of playing in the European League, so the most important thing is to play with our shoulders down, have fun and always give 100 per cent," added Herrem.

The 2020/21 season was Sola’s best ever in Norwegian handball. They finished third in the domestic league and also played in their first national cup final, where they lost to DELO EHF Champions League winners Vipers Kristiansand.

Sola is a team built on local talents from the region. In this season's squad, only five players out of 18 are not from the region. Camilla Herrem, also from the region, has participated in 17 consecutive major championships for Norway, a feature that makes her experience greater than the rest of the squad combined.

Young Lokomotiva seek to prove themselves

COUNTDOWN: #10. HC Lokomotiva Zagreb (CRO). The 2021 EHF European Cup finalists are determined to make an impact as they step up

Next Article All but one European team still in medal race

Title holders get back on track

GROUP B REVIEW: Les Neptunes de Nantes secured their clearest win of the season in the rematch of the last year’s semi-final against CS Mina…

GROUP A REVIEW: Besancon welcomed first win of the season after beating young Lokomotiva 28:27 in front of their fans.

GROUP D REVIEW: trailing by four goals in the second half, the Romanian team ultimately earned a hard-fought victory

Bietigheim stroll to third win in a row

GROUP B REVIEW: SG BBM Bietigheim made a huge step towards the quarter-finals, with their third win in a row, 29:19, against MKS Zaglebie Lu…

Clash between Nantes and Baia Mare headlines third round

ROUND PREVIEW: The group B clash between Nantes and Baia Mare headlines this weekend's six matches in the EHF European League Women

Next test for Bietigheim as group phase enters round 2

ROUND PREVIEW: German side plays last season’s EHF Finals hosts Baia Mare as round 2 features six matches on Saturday and two on Sunday

GROUP D REVIEW: After their game against Viborg last week was postponed, SCM Ramnicu Valcea earned their first win of the group phase

GROUP B REVIEW: The title holders were close to their second loss in a row, but mounted a last-gasp comeback to take a 27:26 win against MKS…

GROUP D REVIEW: The Danish side, who had been seeded directly into the group stage, opened their campaign with a victory